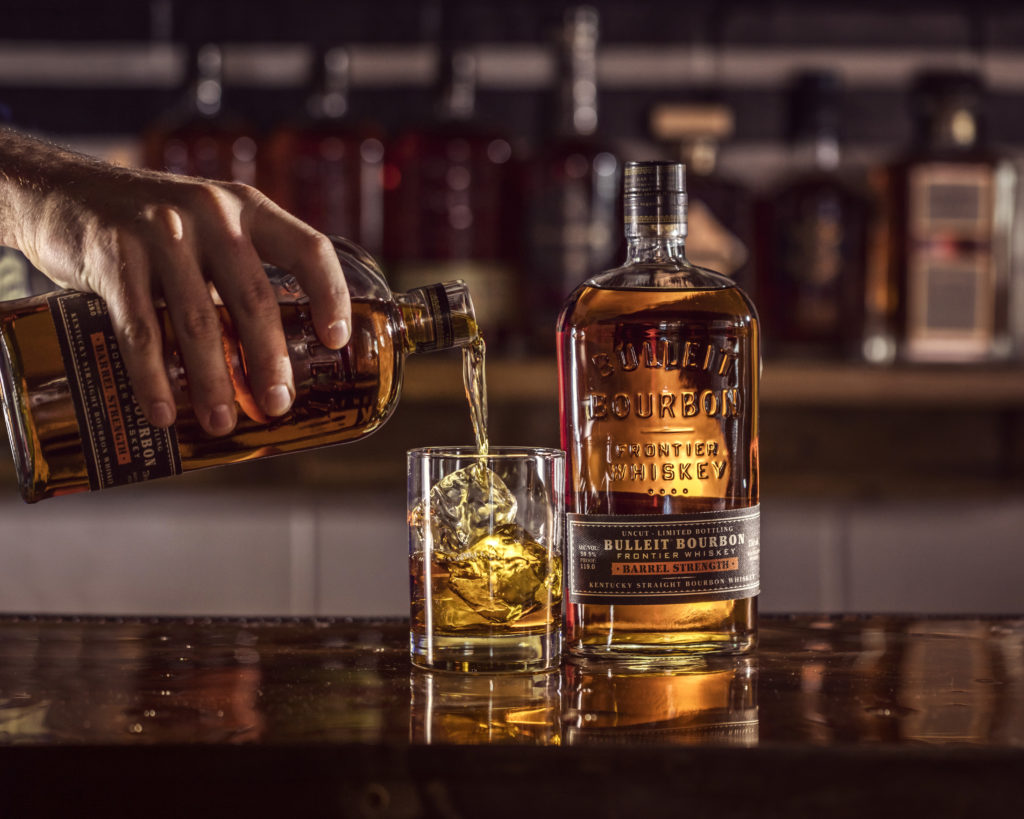 I received samples of Bulleit Bourbon Barrel Strength and I.W. Harper Kentucky Straight Bourbon Whiskey to try out. When tasting bourbon (this is different than drinking bourbon), you want to notice four things:

Don’t know what those things are? Don’t know how to do the “Kentucky Chew?” You may need to start with my post, Bourbon 101: How to Properly Taste Bourbon – The Kentucky Chew. Also, good things come to those who wait… I have an awesome cocktail for you to try in spirit of Bourbon Heritage Month using one of the bourbons that I got to sample. 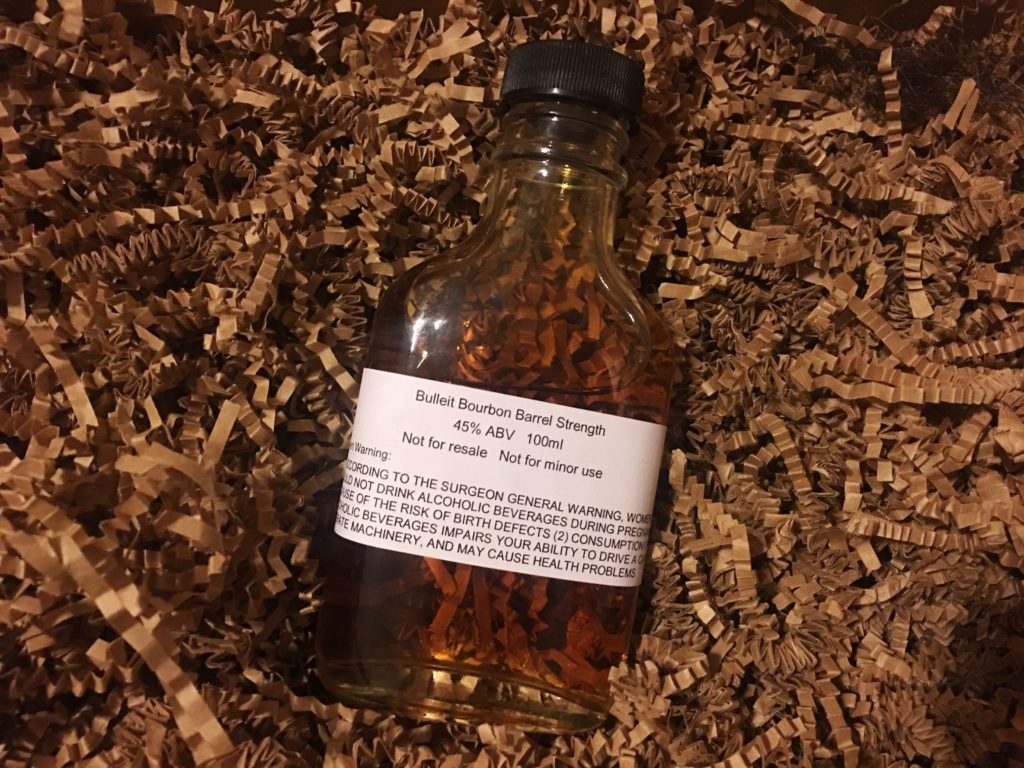 Distilled in Kentucky from the highest quality ingredients, this new variant is a barrel strength version of Bulleit Bourbon with the same high-rye mash bill. Bulleit Barrel Strength received a Gold Medal from the 2016 San Francisco World Spirits Competition and earned a score of 92 at the 2017 Ultimate Spirits Challenge – continuing Bulleit’s history of sharing award-winning whiskeys.

Bulleit Bourbon Barrel Strength is a limited edition release and was released only in Kentucky in 2016. In 2017, they expanded their distribution to include Texas, California, Oregon, Ohio, New York, Illinois, Colorado and Washington DC. 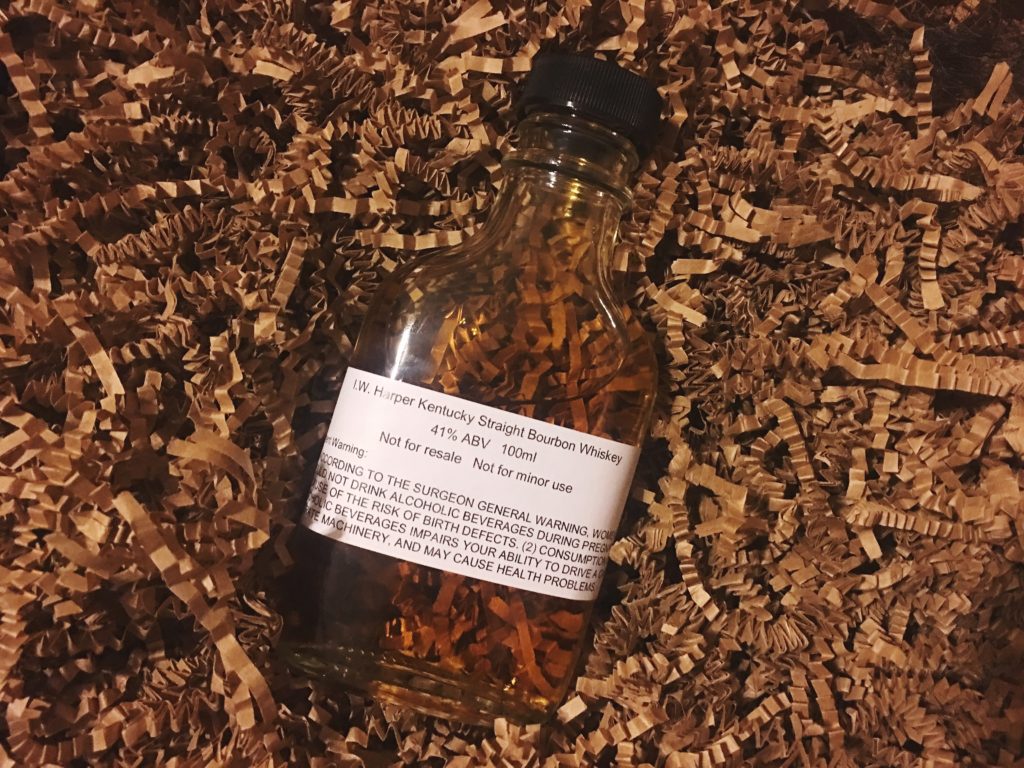 Nose: Smells of citrus fruit and like bananas foster with hints of caramel and vanilla

Taste: Citrus with hints of caramel, oak, and leather

Now, let’s learn about some bourbon… 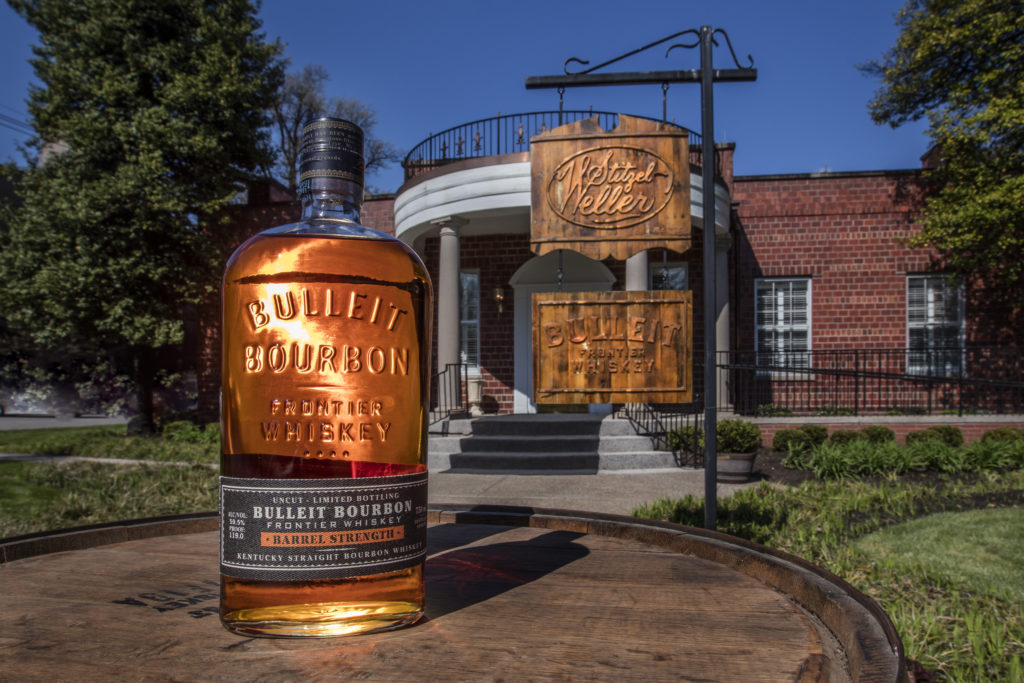 The barrels selected to create Bulleit Barrel Strength were emptied and combined into a single batch without the inclusion of any additional water after the whiskey was removed from the barrels. Aged and bottled at Stizel-Weller in Louisville, Kentucky, this new offering allows bartenders and fans of great whiskey the opportunity to taste Bulleit Bourbon straight out of the barrel, uncut and non-chill filtered.

Bulleit Barrel Strength is medium-amber in color, with gentle spiciness and sweet oak aromas. The mid-palate is smooth with tones of maple, oak, and nutmeg. The finish is long, dry and satiny with a light toffee flavor, but with deepened oak notes.

Bulleit Barrel Strength is enclosed in the distinctive Bulleit frontier-inspired bottle. The bottle is clear glass with raised lettering and features a black label with orange and white accents. It’s sealed with a cork stopper.

Because Bulleit Barrel Strength is being bottled straight from the barrel, uncut and unfiltered, the ABV will vary by batch, but will generally range from 120-125 in proof. 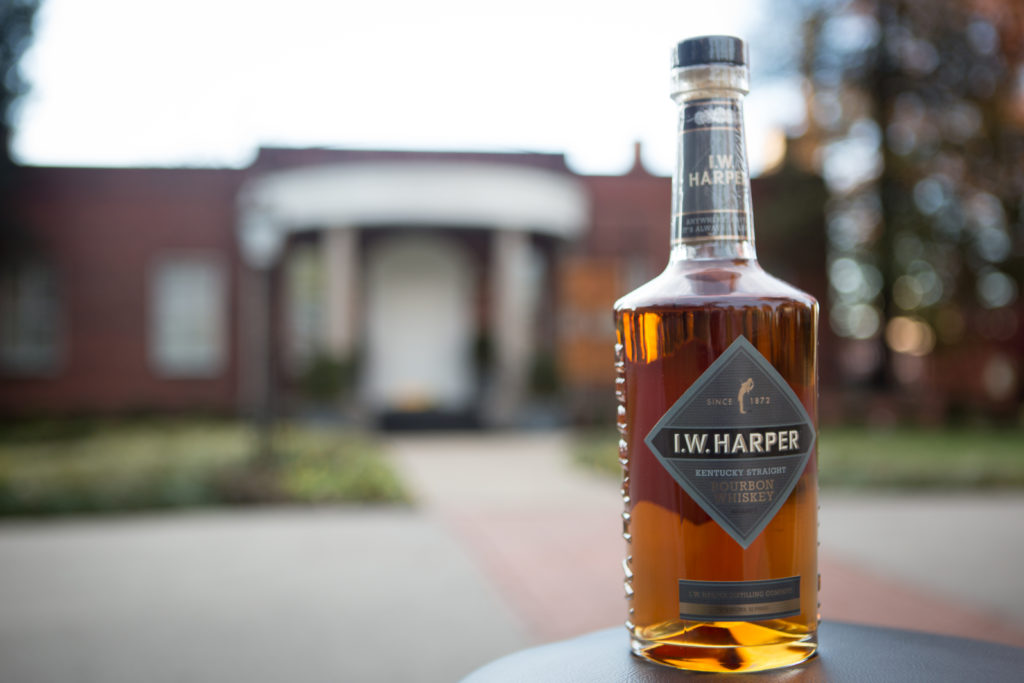 In 1867, German immigrant Issac Wolfe (I.W.) Bernheim arrived in America with four dollars in his pocket and dreams of a better life. By 1872, he had founded his own distillery, Bernheim Brothers and Company, soon acquiring the trademark to produce the whiskey ultimately known as I.W. Harper Kentucky Straight Bourbon Whiskey. The whiskey won its first gold medal in 1885 and continued to gain popularity across the country and around the world throughout the twentieth century. By the 1990’s, the I.W. Harper brand shifted its focus to the Asian market and ceased distribution in the United States. Nearly 20 years later, the I.W. Harper brand is returning to the U.S. with two new Kentucky Straight Bourbon Whiskeys for legal drinking age consumers to enjoy.

The I.W. Harper Kentucky Straight Bourbon Whiskey packaging is inspired by the rich history of the legendary brand, featuring the iconic bowing man and diamond labels that helped make the original instantly recognizable. The bottle is a modern interpretation of a classic I.W. Harper embossed bottle.

Beginning with a subtle nose, I.W. Harper Kentucky Straight Bourbon Whiskey leaves traces of caramel and vanilla on entry before melting into creamy bursts of wood and spice. The finish is sweet and pleasant with subtle fruit notes.

Also, from the same company is Blade and Bow… 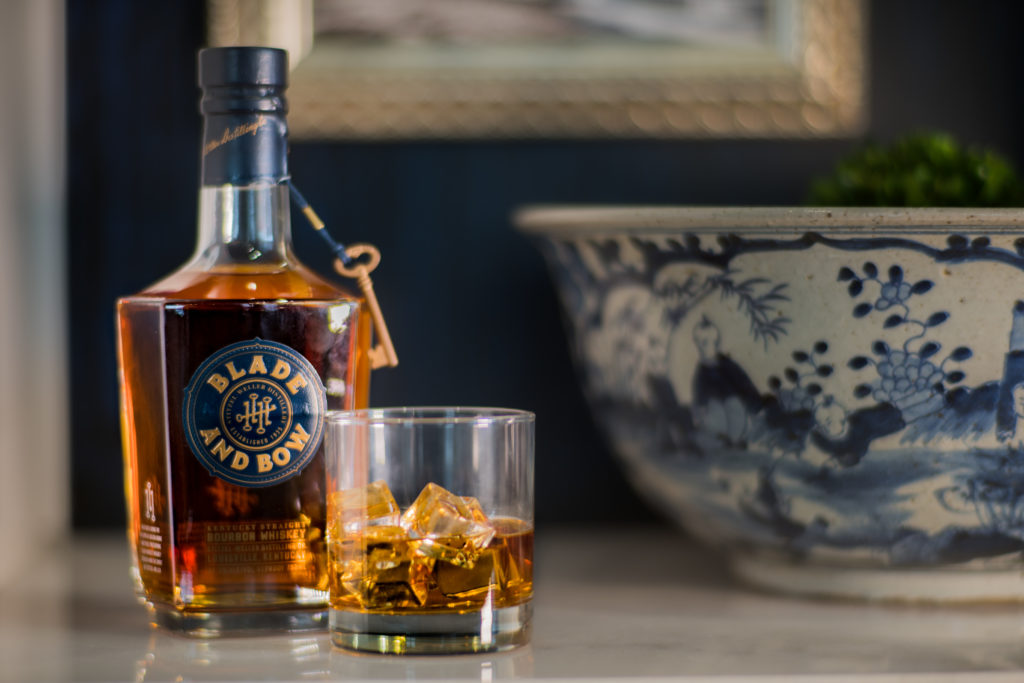 Blade and Bow is named after the two parts of a skeleton key – the blade shaft and the ornate bow handle – part of the iconic Five Keys symbol found throughout the Stitzel-Weller distillery. The keys represent the five steps of crafting bourbon – grains, yeast, fermentation, distillation and aging. These grew to symbolize the southern traditions of hospitality, warmth and enjoying the finer things in life. To this day, the five keys can be found throughout the distillery.

Blade and Bow Kentucky Straight Bourbon Whiskey is packaged in a geometric bottle with six sides – one bearing the Blade and Bow logo and product information, with the other five representing each of the five keys to bourbon found throughout the Stitzel-Weller distillery. Five different keys – some rarer than others – will adorn the bottles, with consumers being encouraged to collect all five.

Tasting Notes From Blade and Bow:

Beginning with a soft nose reminiscent of fresh fruit, Blade and Bow rewards sippers with a delicious hint of dried apricot and ripe pear on entry before melting into a sweet roasted grain taste mid-palate. The finish includes notes of charred oak and warm winter spices. 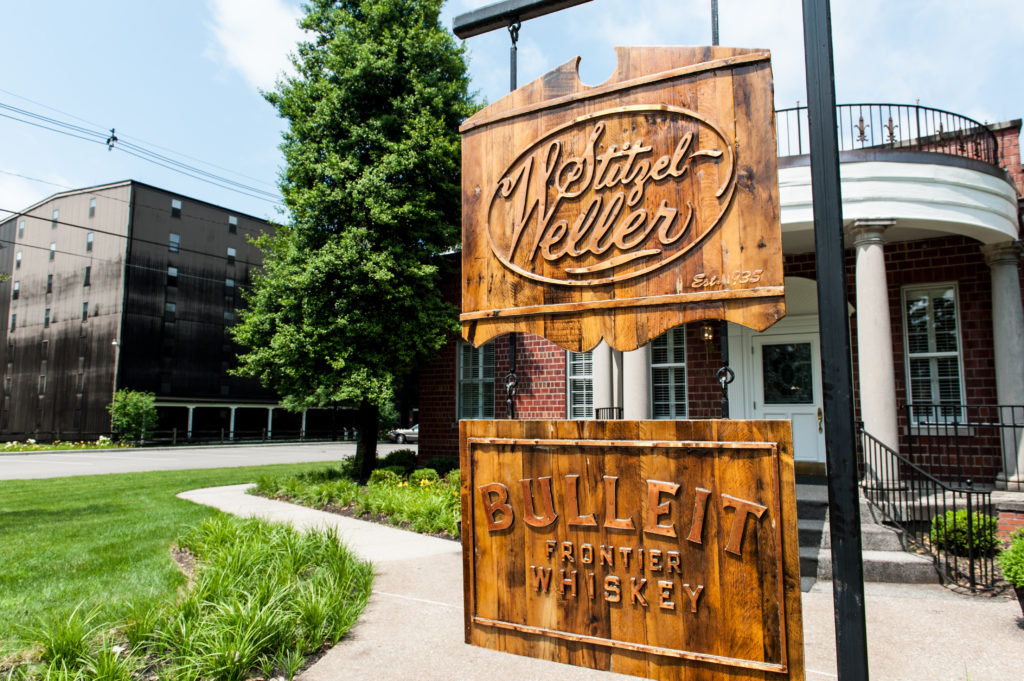 Whether you enjoy drinking bourbon or not, why not take a trip to the Stitzel Weller Distillery located outside of Louisville, Kentucky to see a piece of history. It was founded in 1935, closed in 1972, and reopened to the public in 2014. As of 2017, it houses the welcome center and public tour for Bulleit Bourbon, which is part of the Kentucky Bourbon Trail. 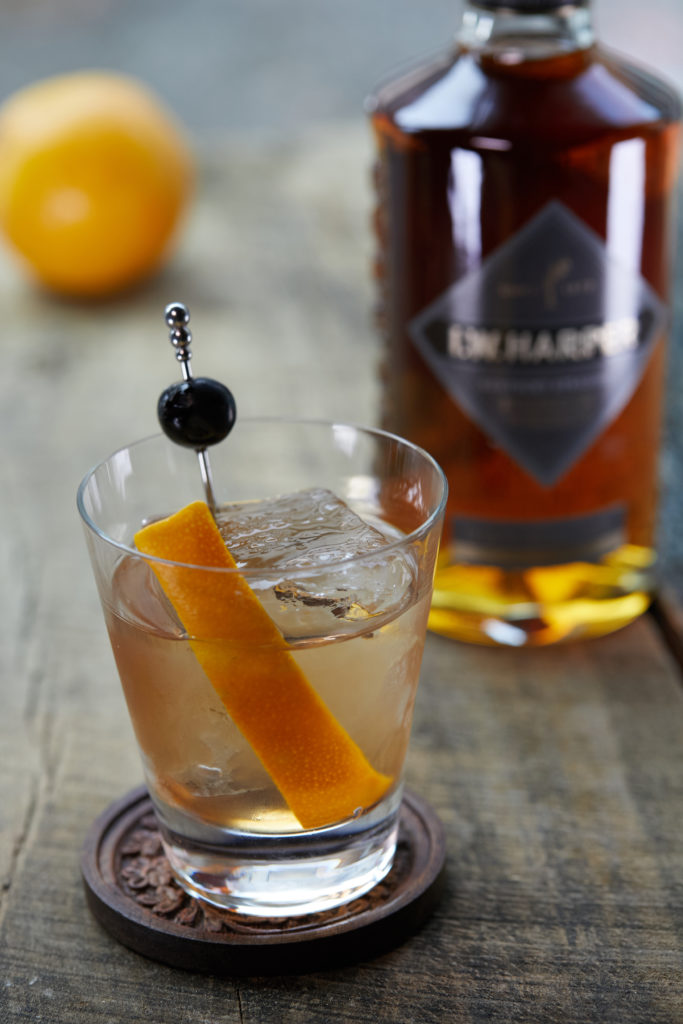 Here’s a classic cocktail for you to enjoy using I.W. Harper. Now, you can toast with fellow bourbon lovers to National Bourbon Heritage Month. Cheers!

In an Old Fashioned glass, muddle bitters and brown sugar. Add bourbon and ice, then stir with a bar spoon. Garnish with cherries and orange twist.

Disclosure: This Bulleit Bourbon Barrel Strength and I.W. Harper samples were sent to me by the company for the purposes of this review. The views, opinions, and tasting notes are 100% my own.

Enjoy! Only three days until the start of the Bourbon Festival! 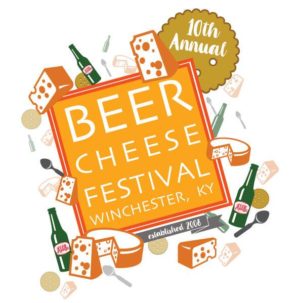 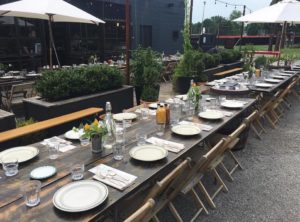 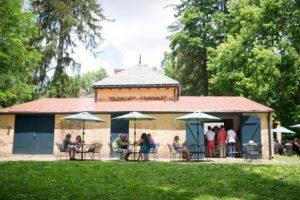